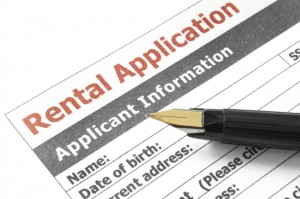 Rental prices in Denver are among the highest in the country, according to a recent article in the Denver Post. While rents are on the rise, mortgage rates are staying low, which is prompting many to consider homeownership.

The numbers are in and according to the article, metro Denver rents, including homes and apartments, rose more than triple the U.S. annual average in January — 10.2 percent versus 3.3 percent (Zillow Rent Index.) Only in California, San Francisco and San Jose showed larger gains than the Mile High City.

If you look at reports from Apartment List you’ll find that in January, San Francisco and Denver apartment rents were increasing at triple the U.S. average. Apartment List ranked Aurora first and Denver third for the size of their two-bedroom rent increases among the large U.S. cities it tracks.

Fortunately, Developers have another 40,000 apartments under construction or planned, which should result in an additional 10,000 apartments coming online each year over the next four years, but that doesn’t bring much relief to those seeking apartments now.

If you’re in the market for a rental, the pricing overview below may help you in selecting a neighborhood in line with your budget. According to Apartment List: